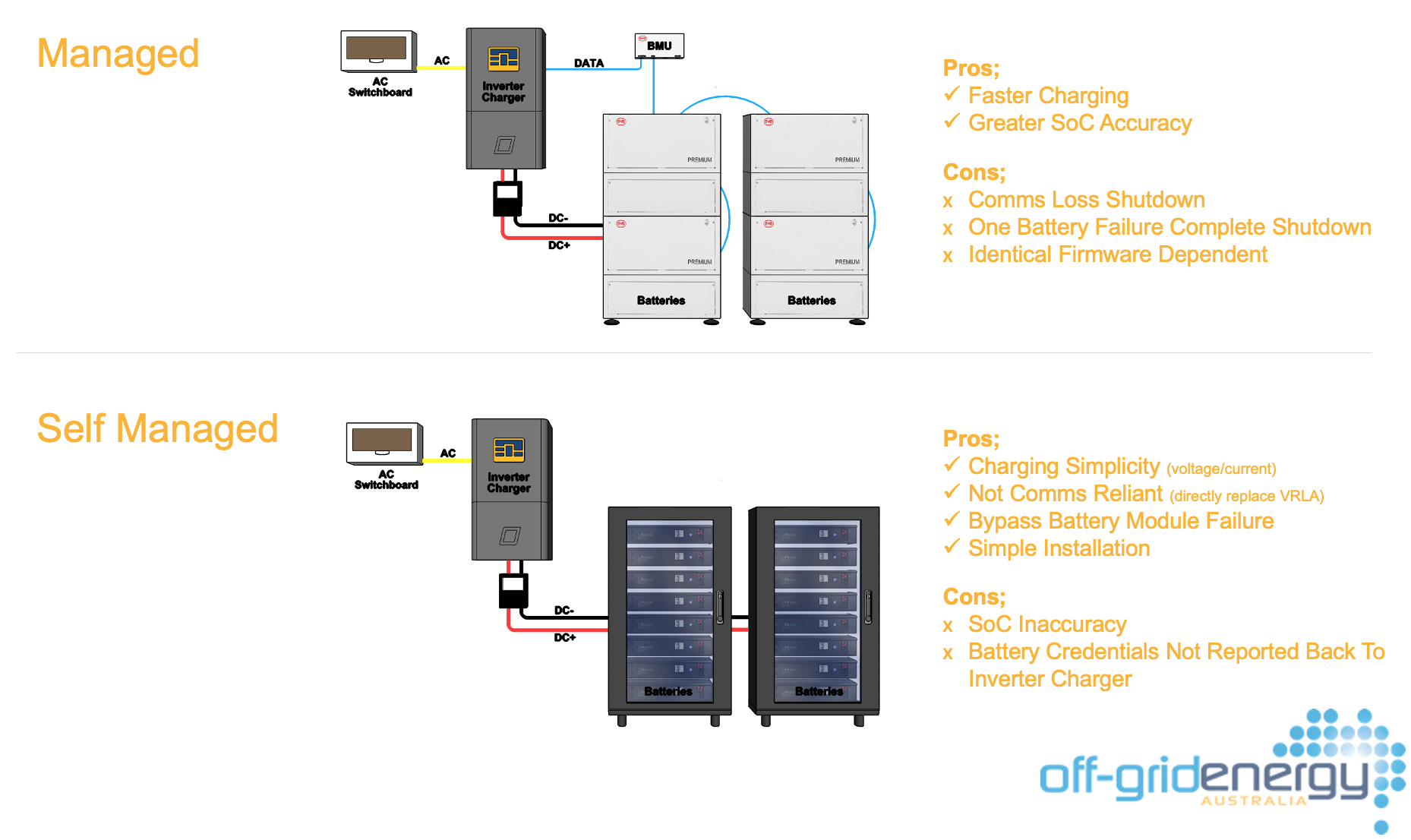 In the world of off-grid solar systems, lithium-ion batteries have quickly become a popular choice due to their compact size, minimal maintenance, and terrific all-round performance. And if you’re looking into a system of your own, you may hear the names “managed” and “self-managed” used to describe different models and brands.

Overall, these names are not an indicator of quality, and it’s not a case of one being better than the other. Instead, they refer to the hardware characteristics of the batteries, how they need to be installed, and the different ways they work within an off-grid system. This article will explore the unique features of each and help you discover which type is the best fit for your off-grid battery system.

What’s the Difference Between “Managed” and “Self-Managed”?

Before we go through the differences, it’s useful to understand that all lithium batteries need a battery management system (BMS) of some kind. The BMS controls the speed and efficiency of the battery’s charging and discharging, monitors its internal temperatures and capacity, and generally keeps everything running smoothly.

The primary difference between managed and self-managed lithium batteries is where the BMS is located – either within the battery itself, or as a separate piece of hardware.

Self-managed (also called “unmanaged”) lithium batteries have an internal BMS that monitors and controls their health and performance. Therefore, if you have five self-managed batteries connected in a bank, you also have five separate BMSs in the system. The battery bank is connected directly to the solar inverter for charging and discharging, although there is no communication channel to relay data and other information.

At Off Grid Energy, a popular brand of self-managed batteries we recommend is the Australian-designed PowerPlus. 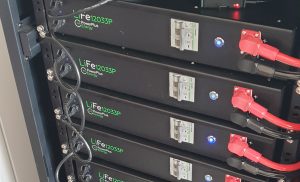 Managed lithium batteries do not have a built-in BMS. Instead, the entire battery bank connects to an external hub called a battery management unit (BMU) that contains a central BMS. The BMU is connected to the inverter charger via a data cable, allowing the battery bank to send information directly to the inverter and vice-versa.

We install a range of managed lithium batteries from the world’s leading brands, such as BYD. 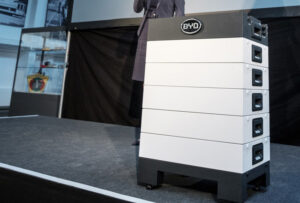 The Pros and Cons of Managed and Self-Managed Batteries

To work out which battery type is best for your system, it’s helpful to understand their main advantages and disadvantages. Of course, if you need professional help designing your off-grid solar system, we offer a free design and quote service.

Should You Install Managed or Self-Managed Batteries?

When designing your off-grid battery system, it ultimately comes down to working out which type is the best fit for your application, needs, and budget. And, of course, that’s where we can help.

At Off Grid Energy, we’ve been designing and installing off-grid solar energy systems for more than ten years, using a range of leading brands from Australia and around the world. Whether you need a small system to power a shed or a comprehensive system for a larger property, we can guide you through the entire process.