Off-Grid Energy, where it all began...

Home > Uncategorized > Off-Grid Energy, where it all began… 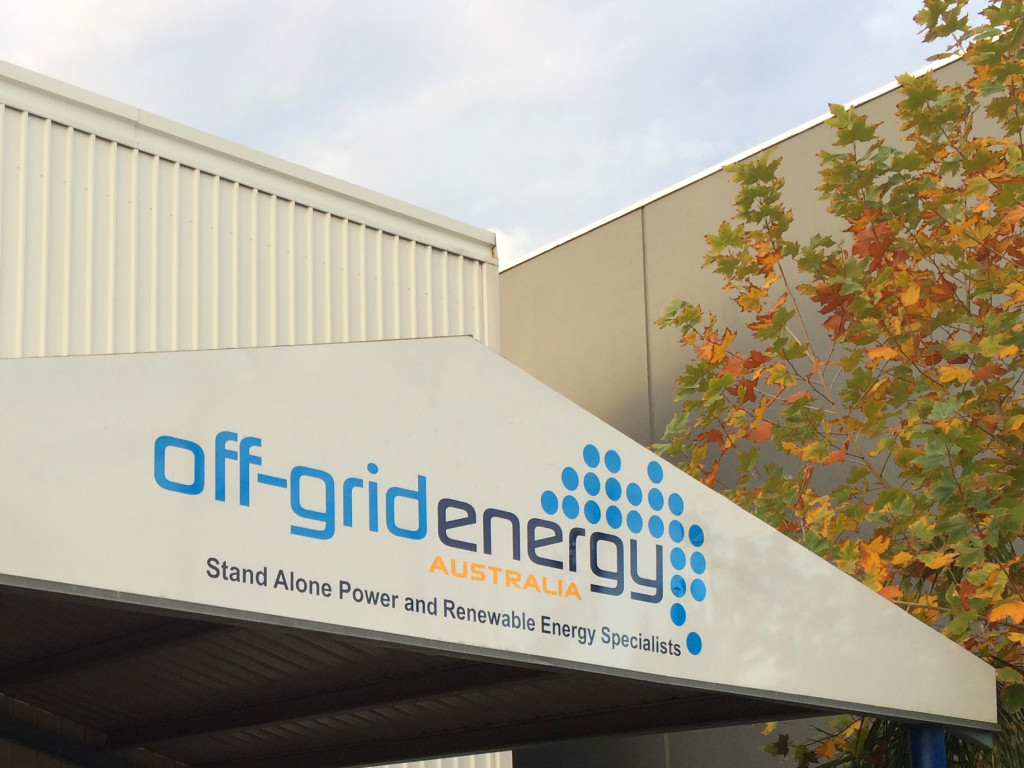 With the the New Year having just gone, for many it’s a time to reflect on the year gone by and move forward into the future. As such, we thought we’d kick off 2019 reminiscing with you about where we’ve come from, so whether you have known Off-Grid Energy for years, days, or only minutes; here is the story of how we started…

Off-Grid Energy Australia was founded by Hugh Driscoll and Sean LePoidevin – with myself, Emily Driscoll and our head technician, Randal, making up the founding team. 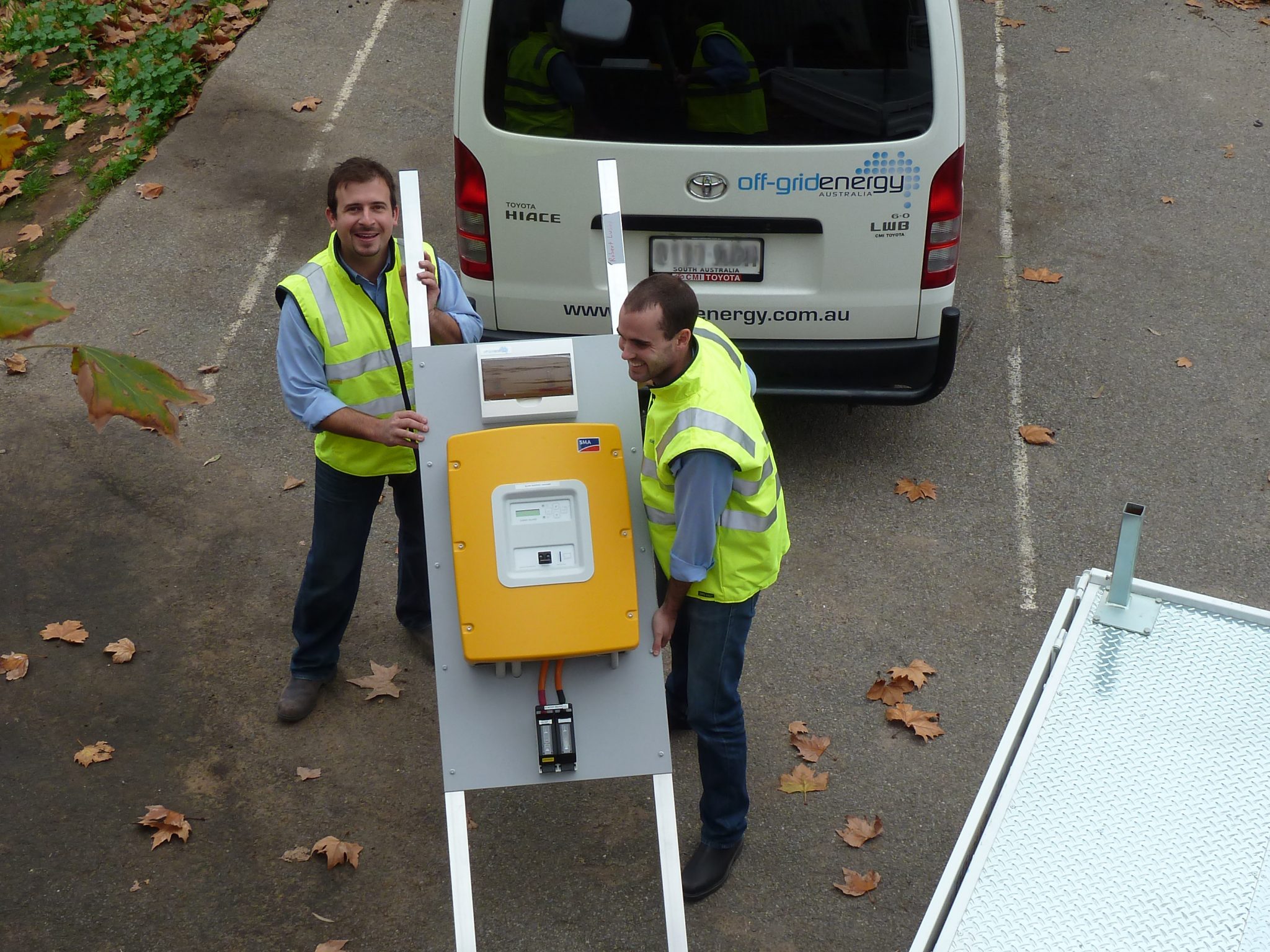 So when the solar company closed its off-grid department to focus on the easier grid-connect solar market Hugh & Sean decided to act – registering Off-Grid Energy Australia on a lunch break. Days later, with no savings or alternative incomes, they quit their jobs to run Off-Grid Energy full time.

The early days for any start up are a challenge. I had to juggle two jobs to keep us all fed, customer consultations were held at the local bakery, and the guys even slept on a solar panel in the back of the work van during a field day to save on accommodation.

Off-Grid Energy was founded with extreme enthusiasm, no sleep, and Vegemite toast dinners.

Our office moved quickly from Hugh’s dining room and Randal’s garage, into the Tindo Solar Manufacturing Plant at Technology Park.

After a couple of years we grew too big and moved into a larger premises in Dudley Park, which is where our National Head Office and Workshop is located today. 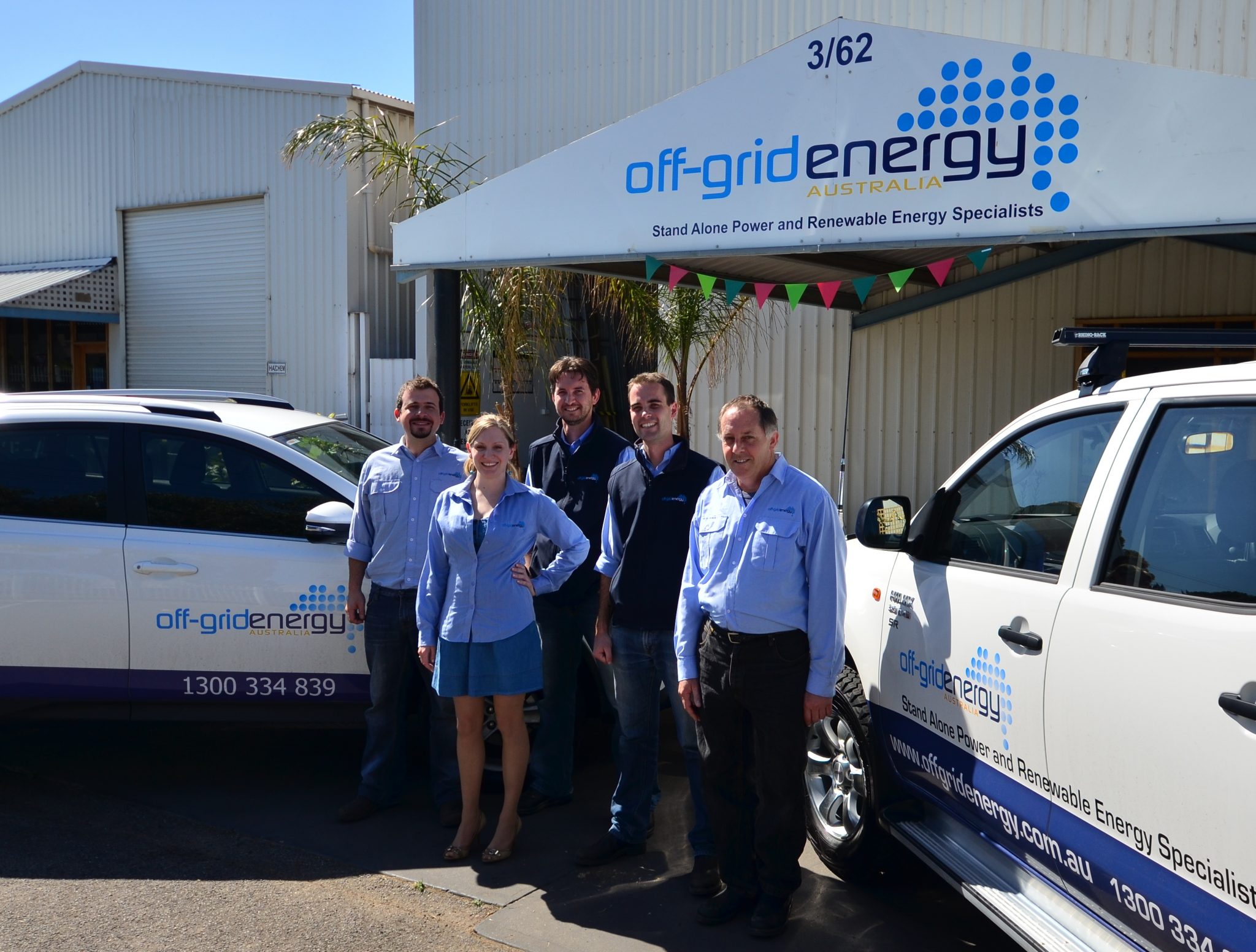 We are incredibly proud to be an award-winning business, gaining a Telstra Australian Business Award win and EY Entrepreneur of the Year award, and we continue to double in size year-on-year.

In 2016 we were selected as both a Tesla Authorised Reseller and Certified Installer and were one of the first ZCell Authorised Installers.

Today, in 2019 we have expanded  to be both a national and international company,  with installations in New Zealand and Vanuatu and a growing team 13 passionate staff.

The next phase of change in the energy industry in Australia is right on our doorstep – and battery storage is going to play a vital role in our energy transformation. We are very excited to be playing our part in this transition.